A downloadable tool for Windows

Merrow is a Quest 64 "randomizer": a tool for remixing/improving/updating the NA/U dotZ64 version of Quest 64, offering many randomization, difficulty modification, and quality-of-life options. The full feature list can be found below.

NOTE: This project will likely have a lot of major-bug-fixing updates. If you want to ensure it's up to date, consider downloading the itch app. To see what's new, scroll down to the VERSION HISTORY section below.

Merrow is developed by Hangedman (Jonah Davidson), with the aid and support of many people. Credits are available in the program itself. If you would like to contribute to Merrow's development, please visit the Eletale Monsters Discord, or the repository on Github. Merrow is made freely available under the MIT License.

Merrow is experimental and therefore offered without warranty. Merrow patches are confirmed to work on the NA/U dotZ64 version, but may still cause unknown errors and crashes. Patches will not work on the NA/U dotN64 version or any other region. Always back up files before applying. Merrow contains no copyrighted game data or files.

Donations towards Merrow's production are very welcome through itch's Pay-What-You-Want payments, but the project is a free educational/experimental project and not for profit in any way. Merrow is open source and not for sale.

CAN I JUST GET STARTED?

Sure. Grab the newest version, and follow these steps:

If you want a quick overview of the features and changes (especially in LOST KEYS), take a quick look over the Merrow PDF Guide, included with the Merrow download, or available to download separately.

I knew I wasn't the only one whom loved this game!  lol thanks!

how have i not found this until now? thank you for caring about this game and fixing some of its issues! it deserved so much better.

I'm glad you found it, and thanks for the support! I appreciate what the game tried to do, so my only goal was to make it a bit more fun and approachable for more folks. 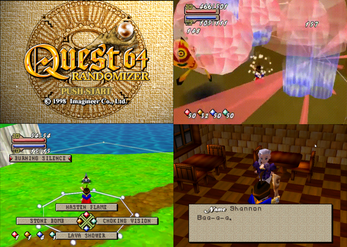 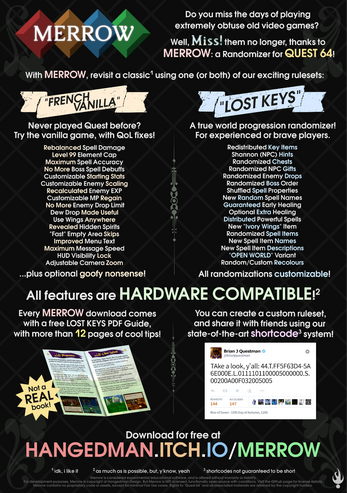 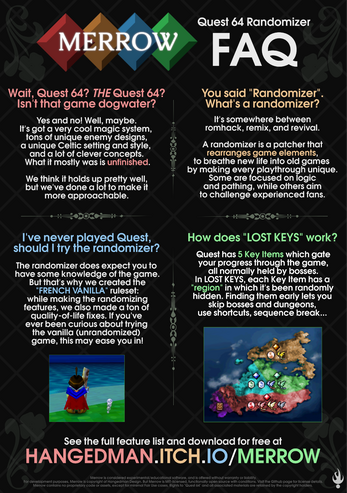 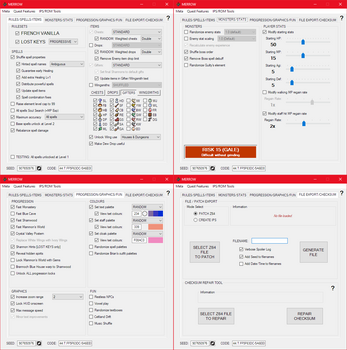